This time for shooting of jigging, I join to Jerk Tadashimaru in Toba city in Mie Prf,.

According the captain, the temperature of water is high so activity of fish is less and it has been difficult to catch.

But even in these condition, if I catch, it worth it so I put sprit into!

Departure at 6h and 30 min for moving and I get to the point.

I except for the morning time but they don’t bite at all.

In such a situation I manage to catch somehow. 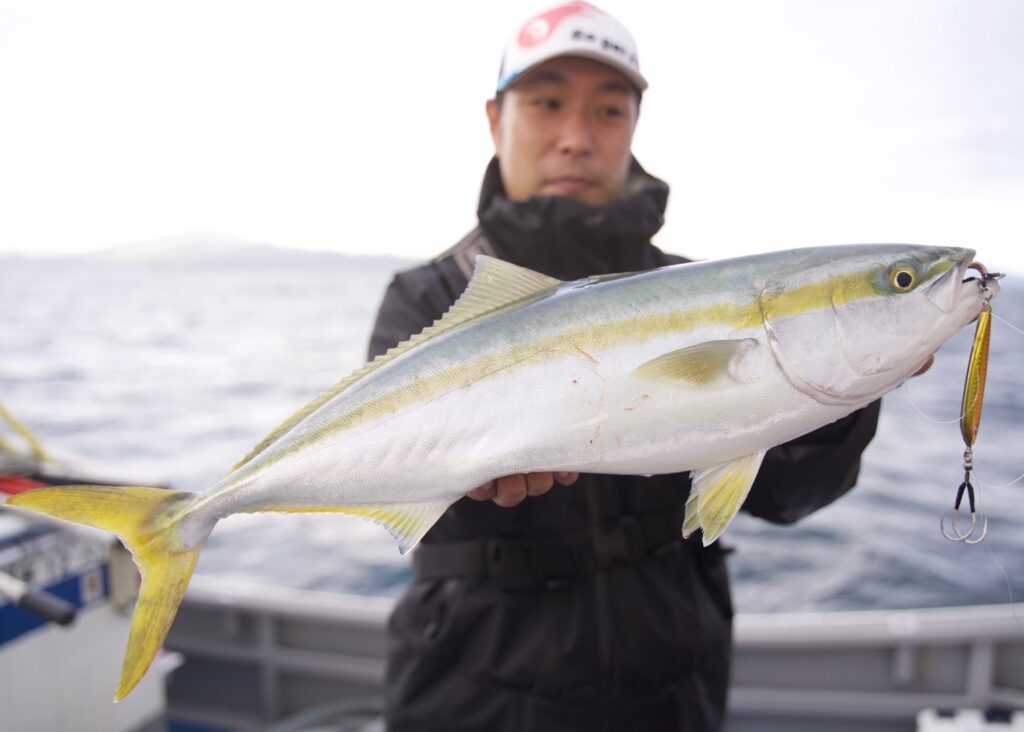 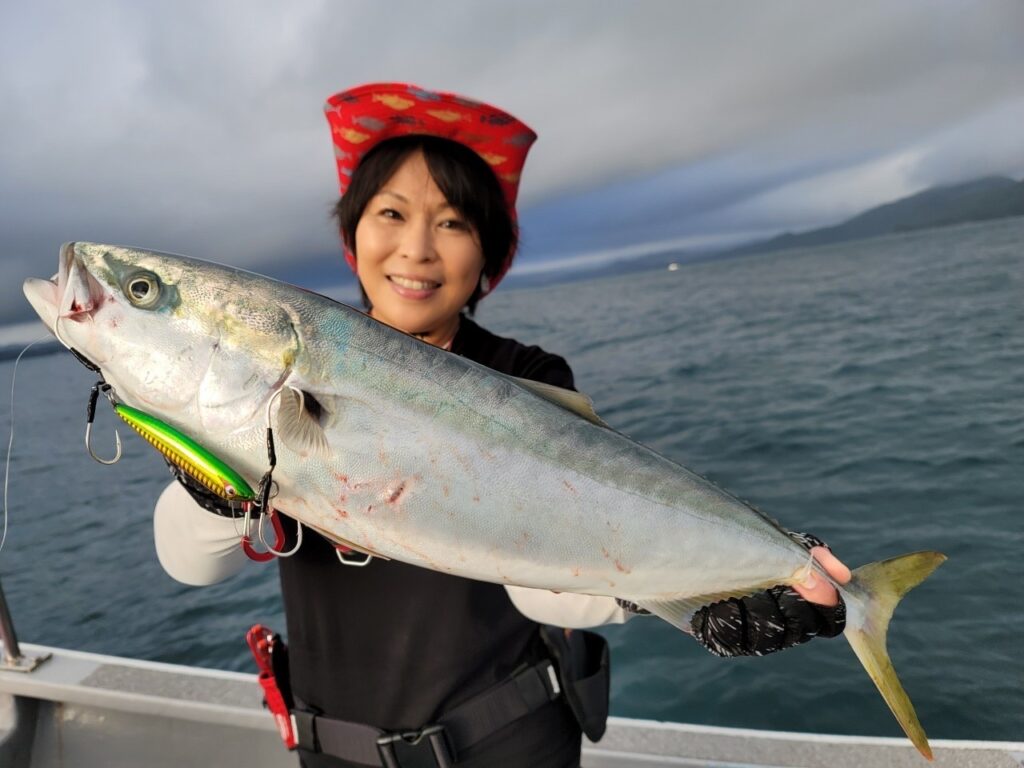 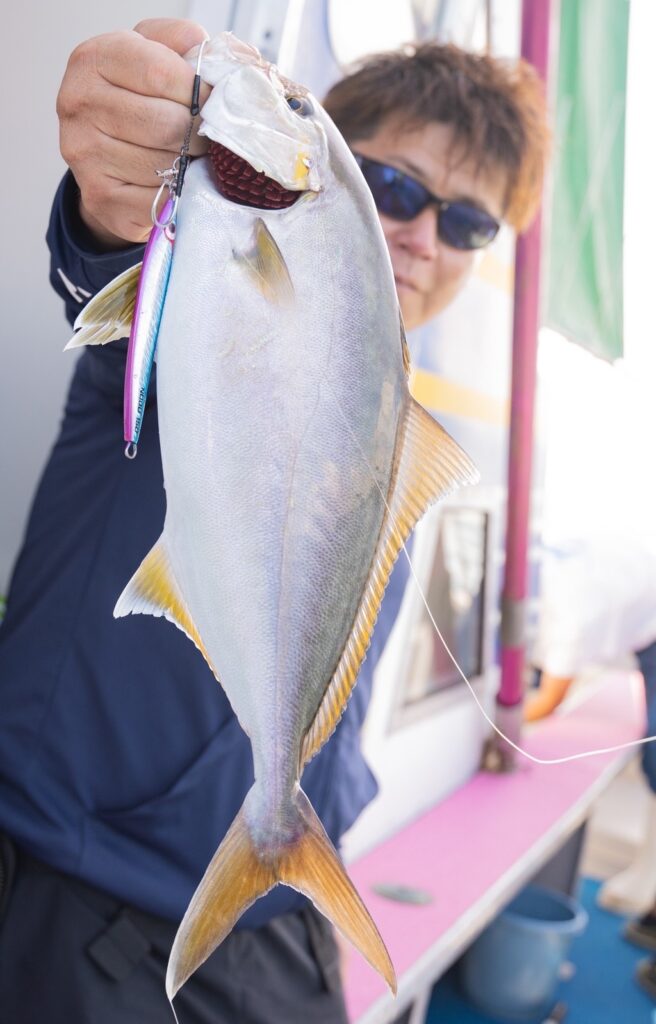 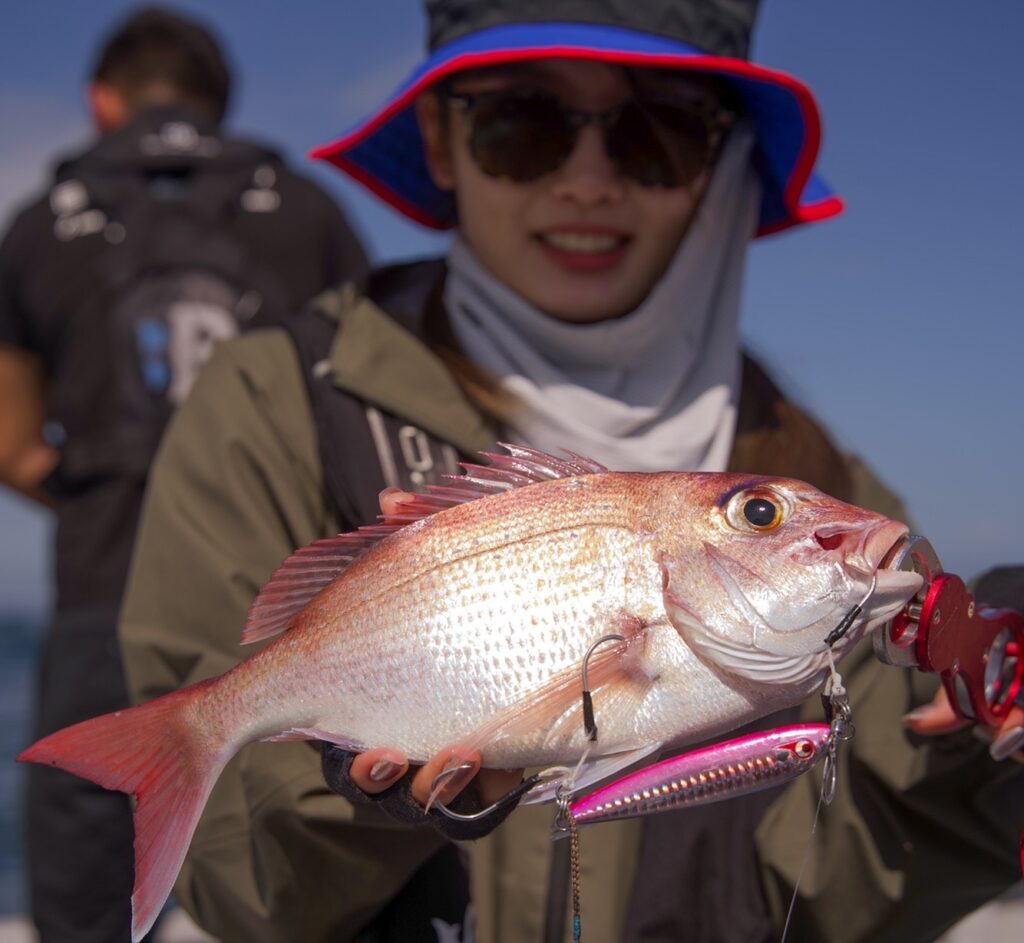 Such a beautiful red sea bream. 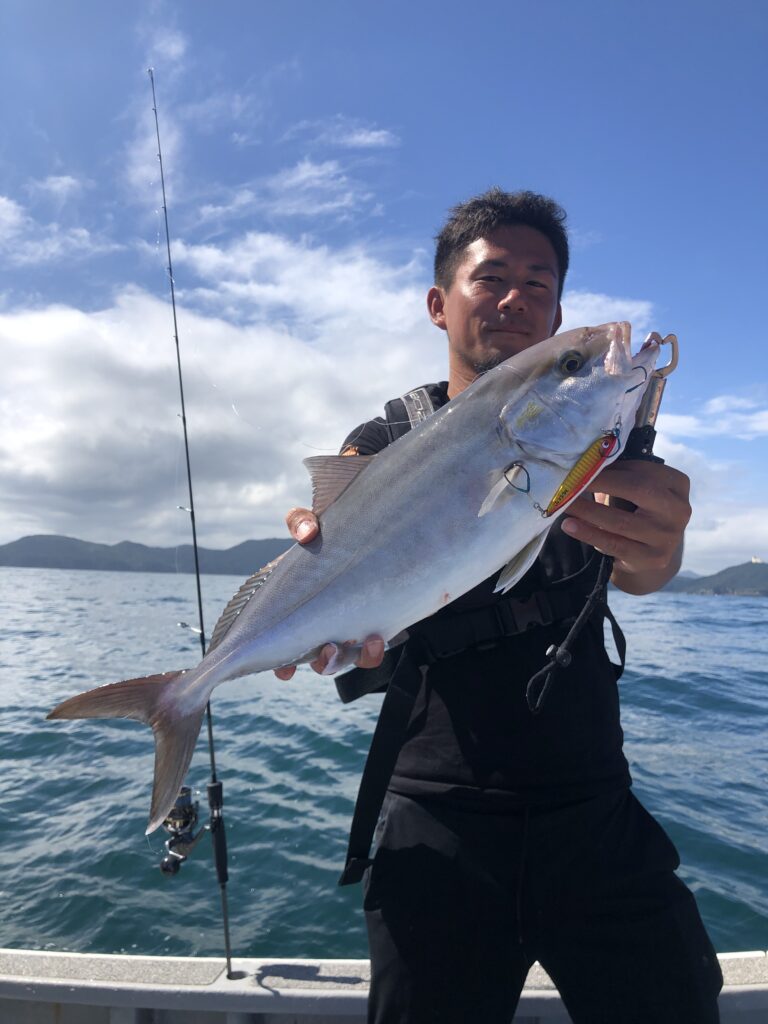 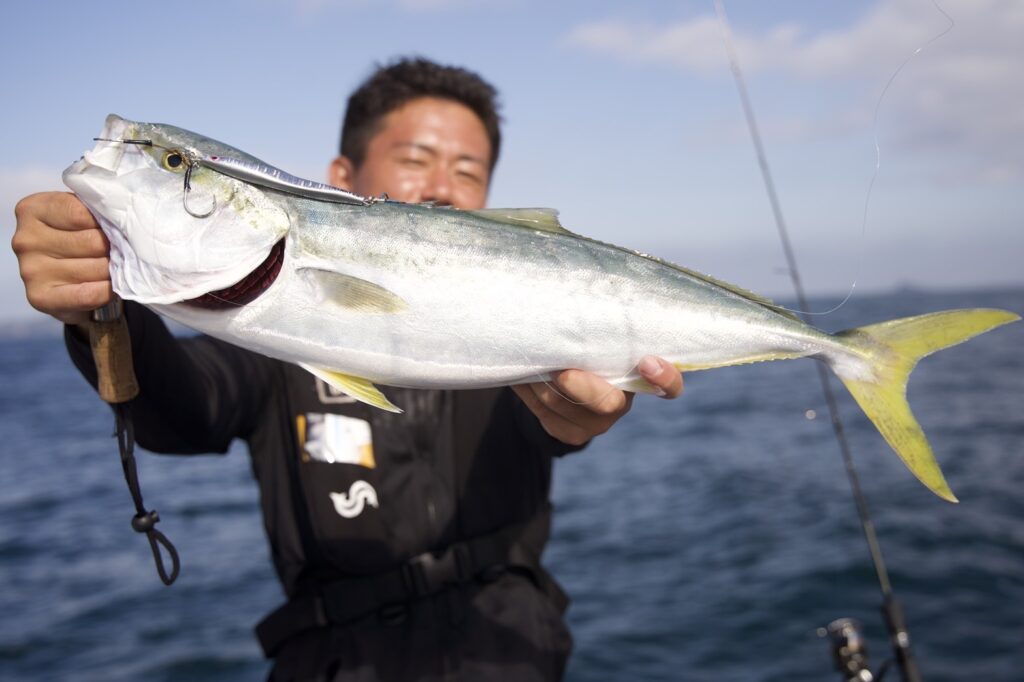 It is really effective for mackerels! 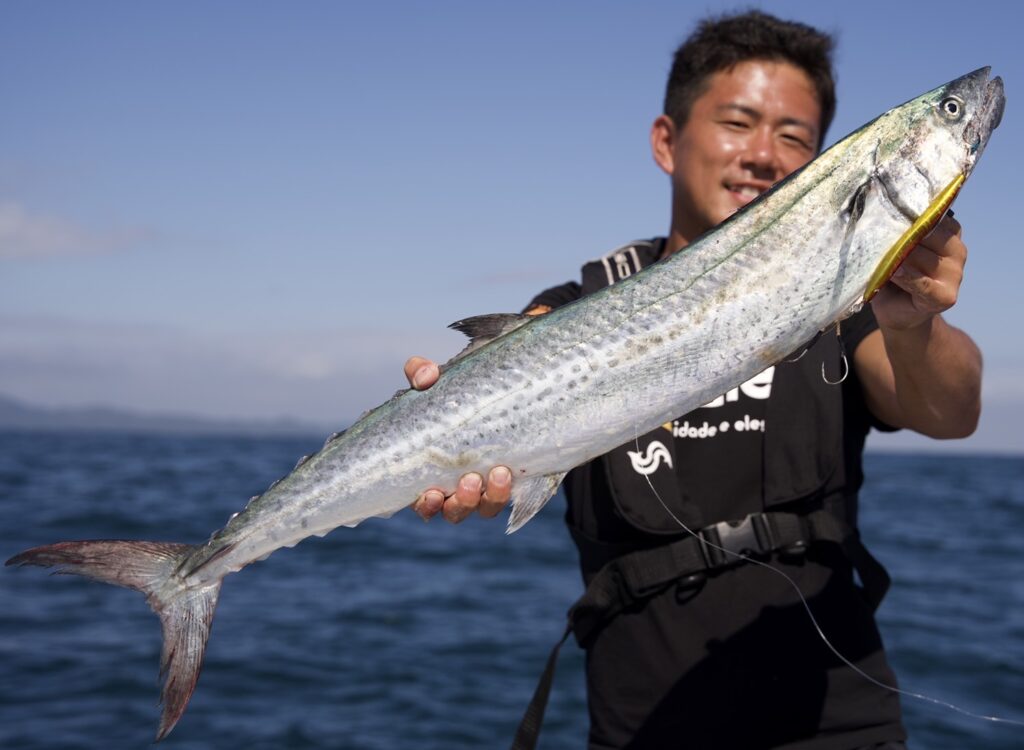 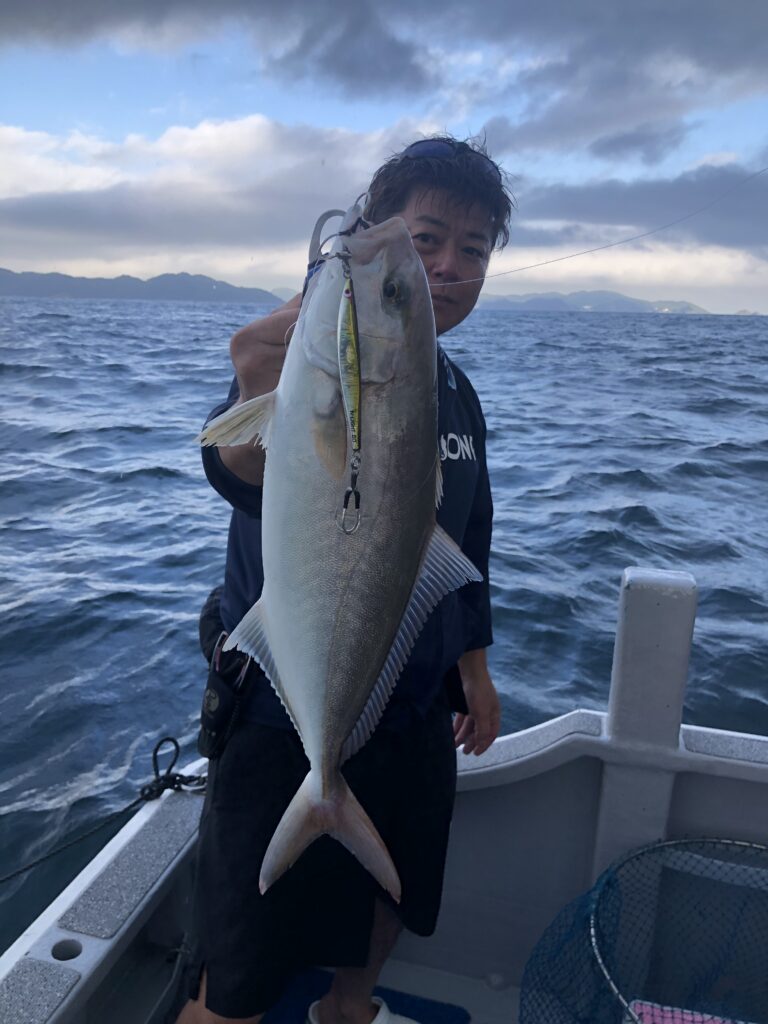 So somehow we can catch some fishes.

But it is not constantly but only single hit all the time,

the pattern is unstable so I cannot guess well.

Today the jig which does the great job is TG MUSASHI.

This one released on the late of August and our new product. 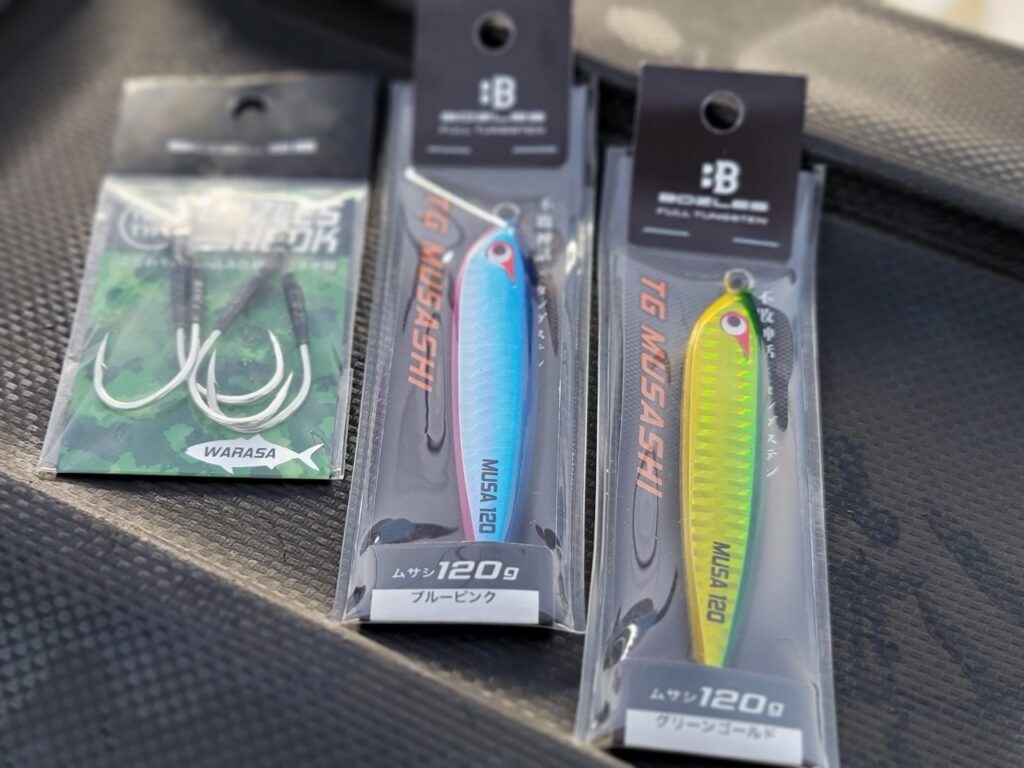 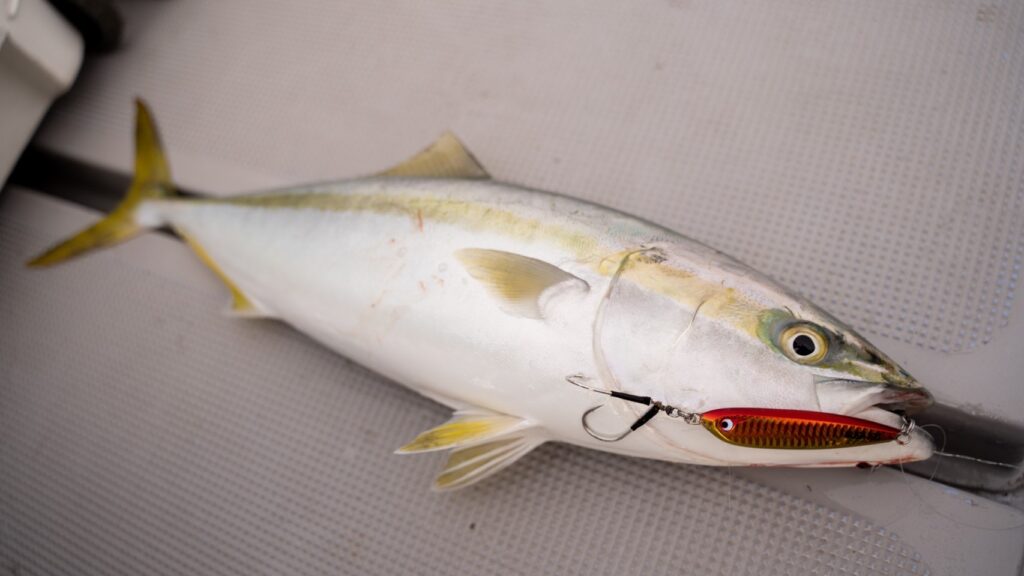 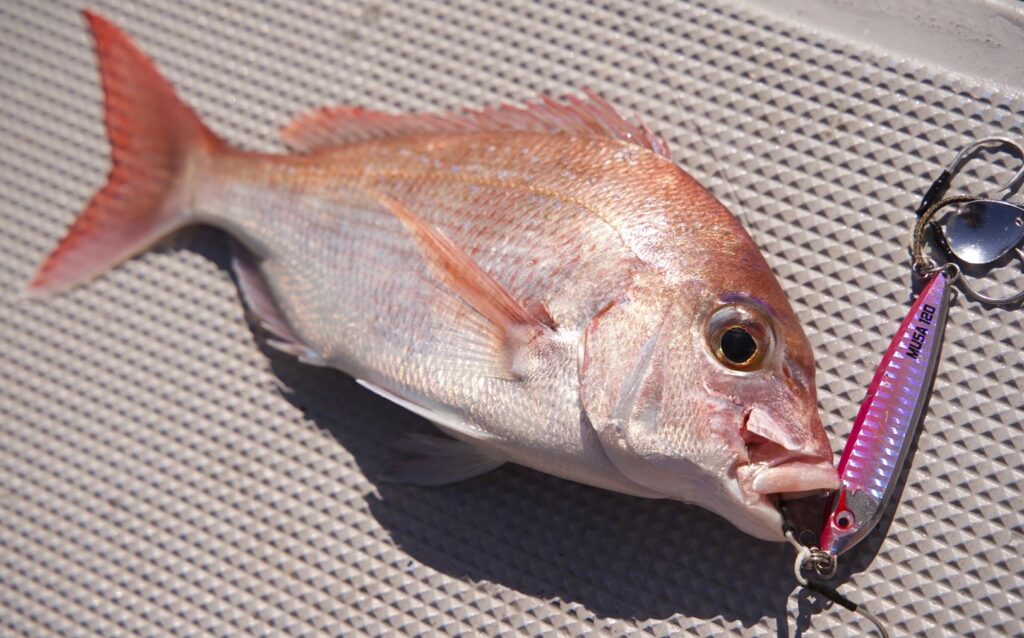 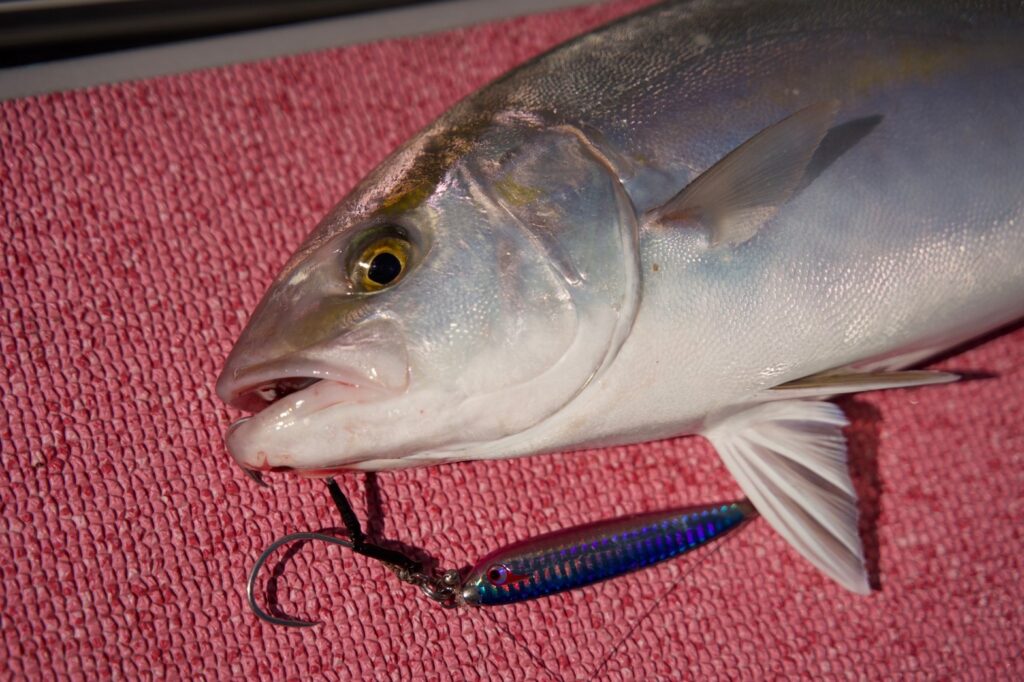 The jig is asynmmetrical, and can be widely used for simple winding, one pitch, and fast rolling and silhouette is also smaller.

When fish doesn’t bite, it will work really well.

For long jig, Semi long pattern, and if catching is difficult, but also red sea breams.