The second day of fishing in Aoyama Prf, I join to Bluewood2 ship. 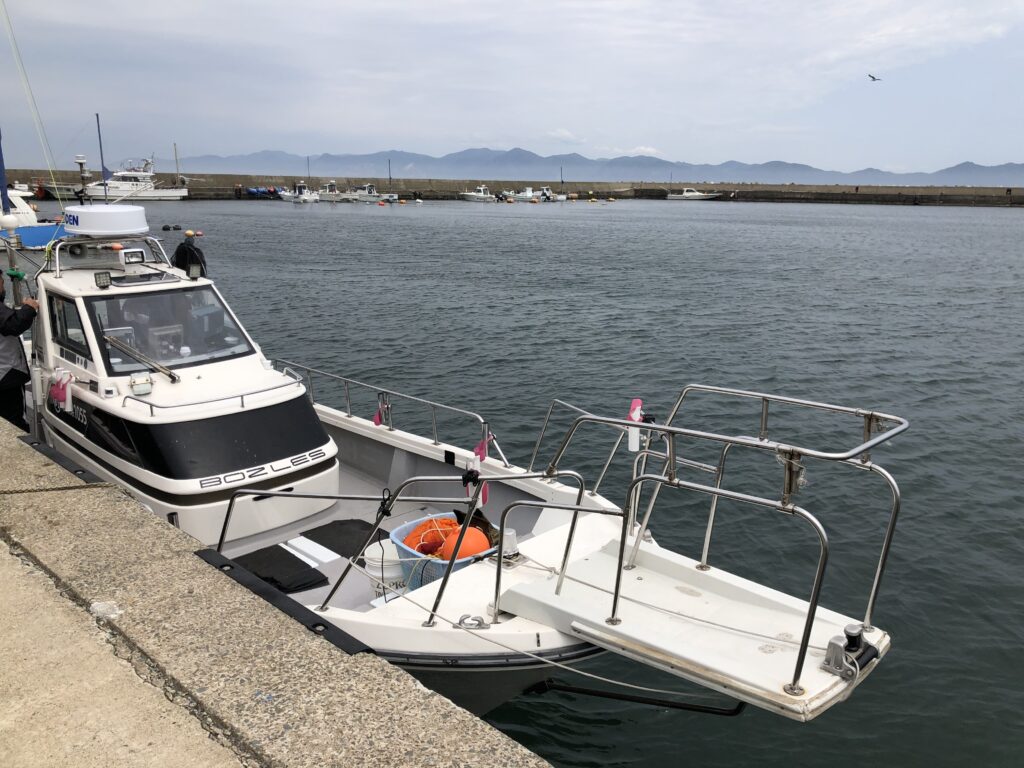 Yesterday I have got nothing so I am full of energy to catch today!

Thanks to Koueimaru, which I ride the day before, I understand how it works here about fishing.

・Spining and casting as far as possible

・The line or when you get the depth of water, you count and search for fishing positions

・Then you keep the places and just reeling

I try to do these.

Opposite of yesterday, it is really difficult 😂

It happens a lot.

On the middle, there is a reaction between the middle and the depth of water!!

Right after, while falling the line stops and it is nothing heavy feeling..

What I catch is, 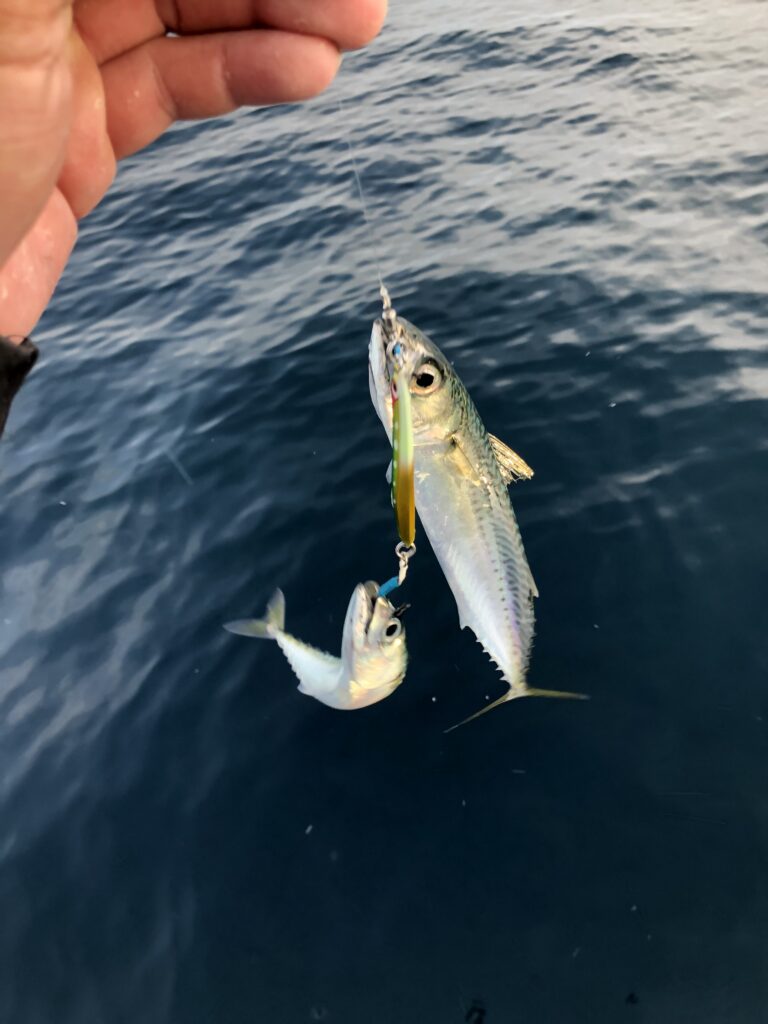 Then we only catch mackerels. 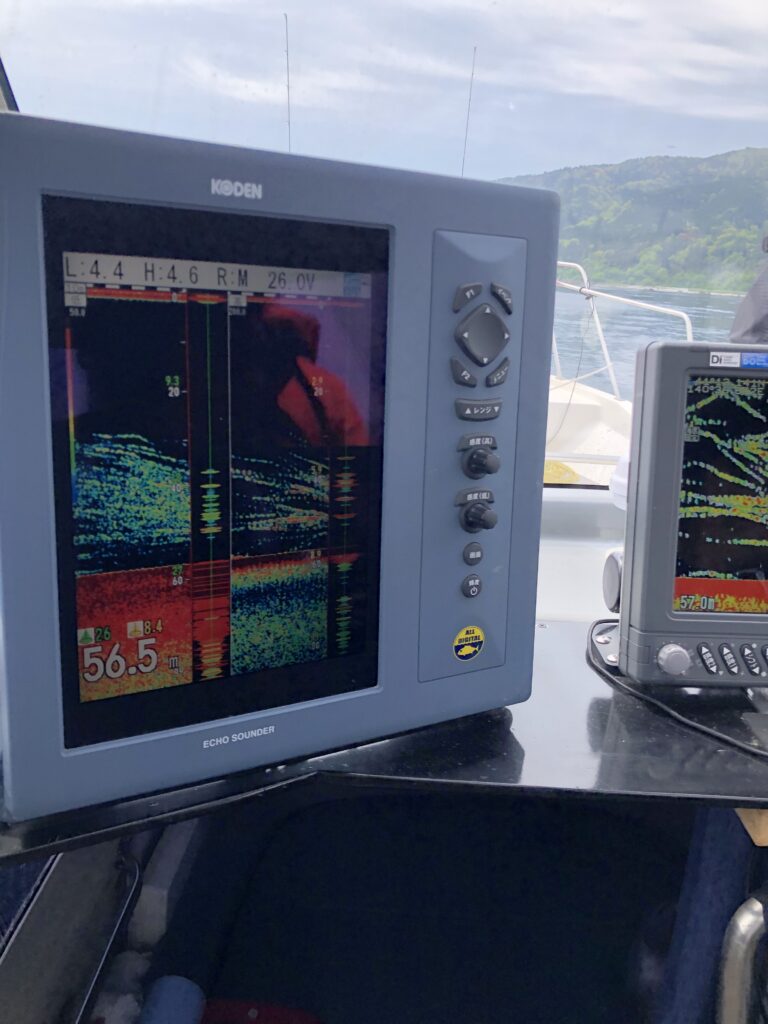 Almost all are mackerels💦

Even you cannot reach to the depth of water.

When these mackerels attack calms down, there is a hit!

Of course, it is not mackerel, 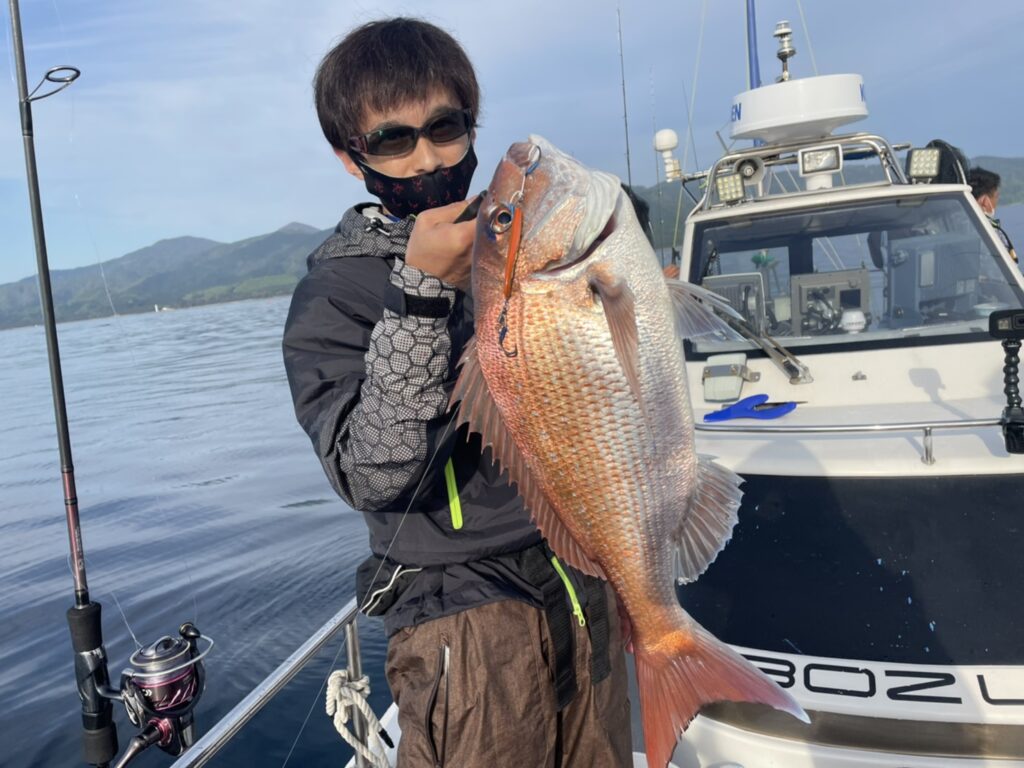 Such a priceless one😊

Counting 15 seconds after reaching to the depth of water and he catches it!

Then we aim for the middle zone but we catch nothing.

All what we get is just mackerels.

So the captain moves the ship to the shallow place to avoid any mackerels.

There are good reactions but it doesn’t come to catch,,,

Be patient and searching for the depth of water, then it seems like a hit! 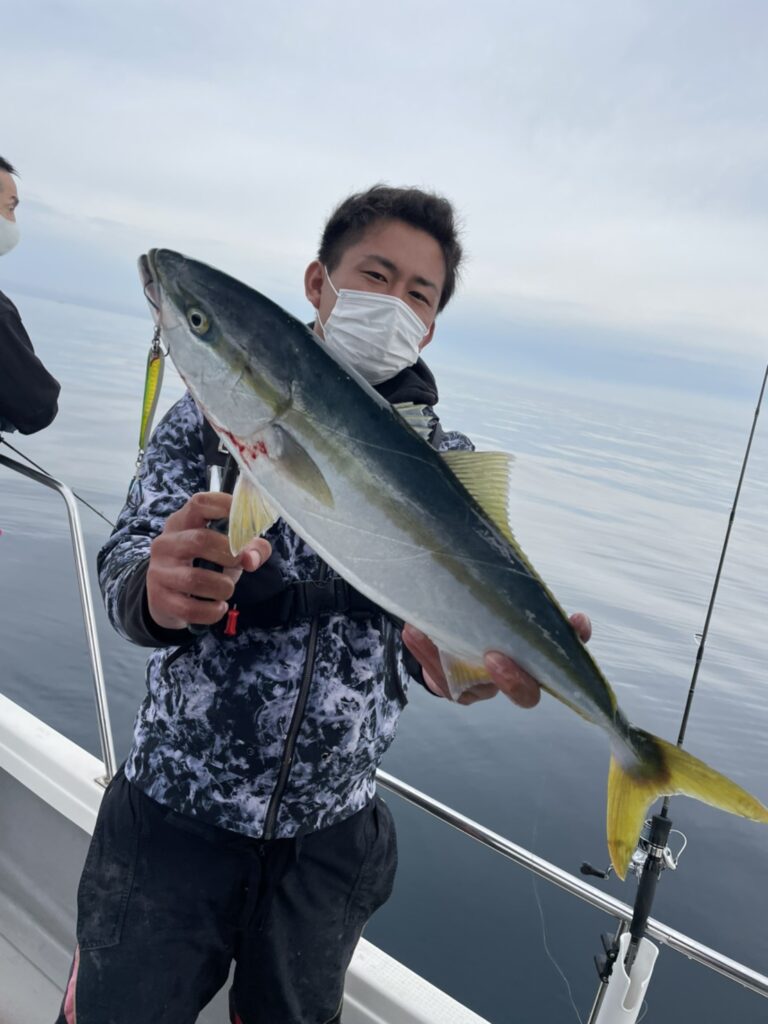 Not red but blue one😂

After we throw as far as possible and we repeat, during fall, there are a hit!

Blue or red one!? 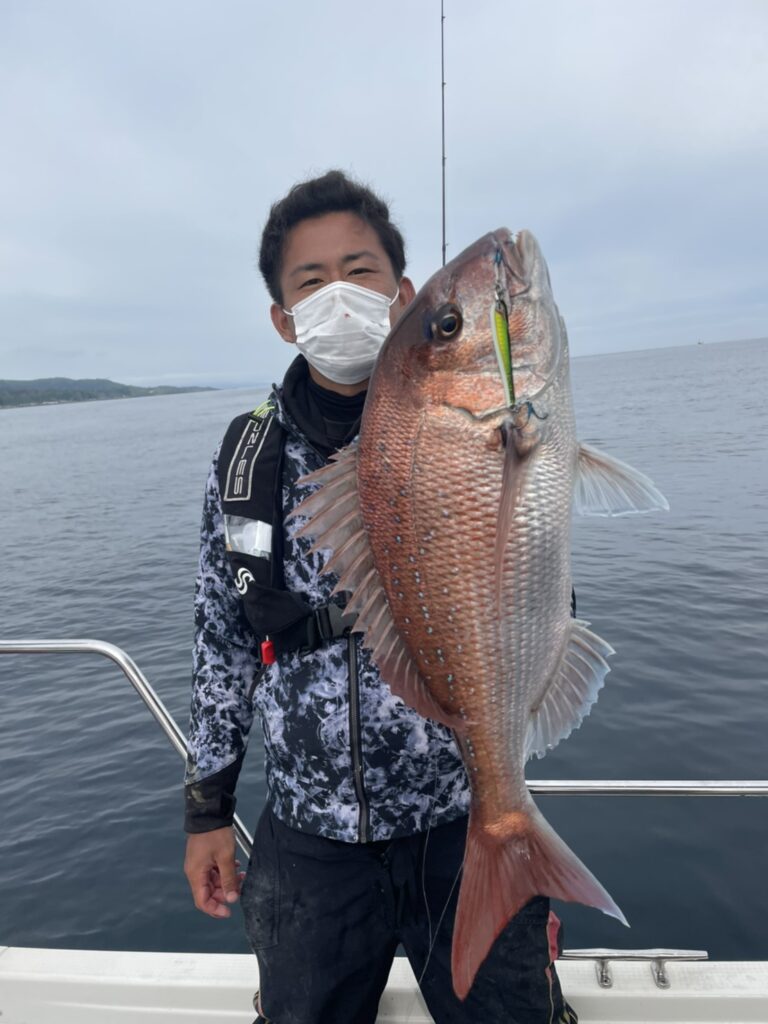 Then there is a hit, 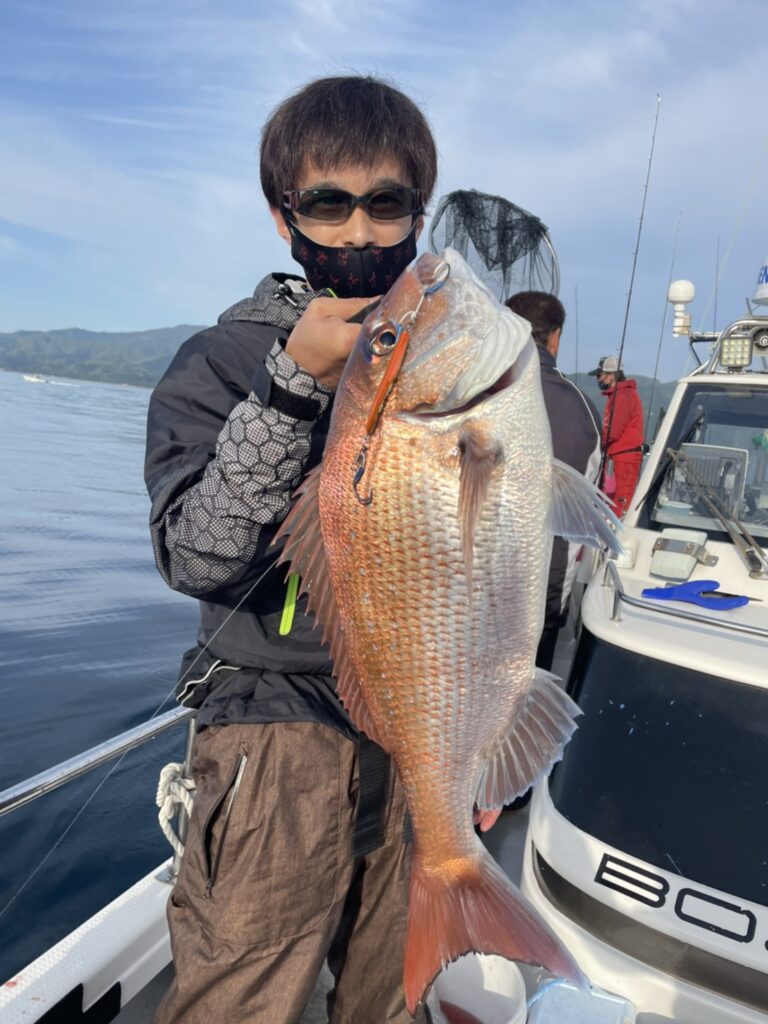 He catches it during fall.

After he catches on the middle zone while reeling. 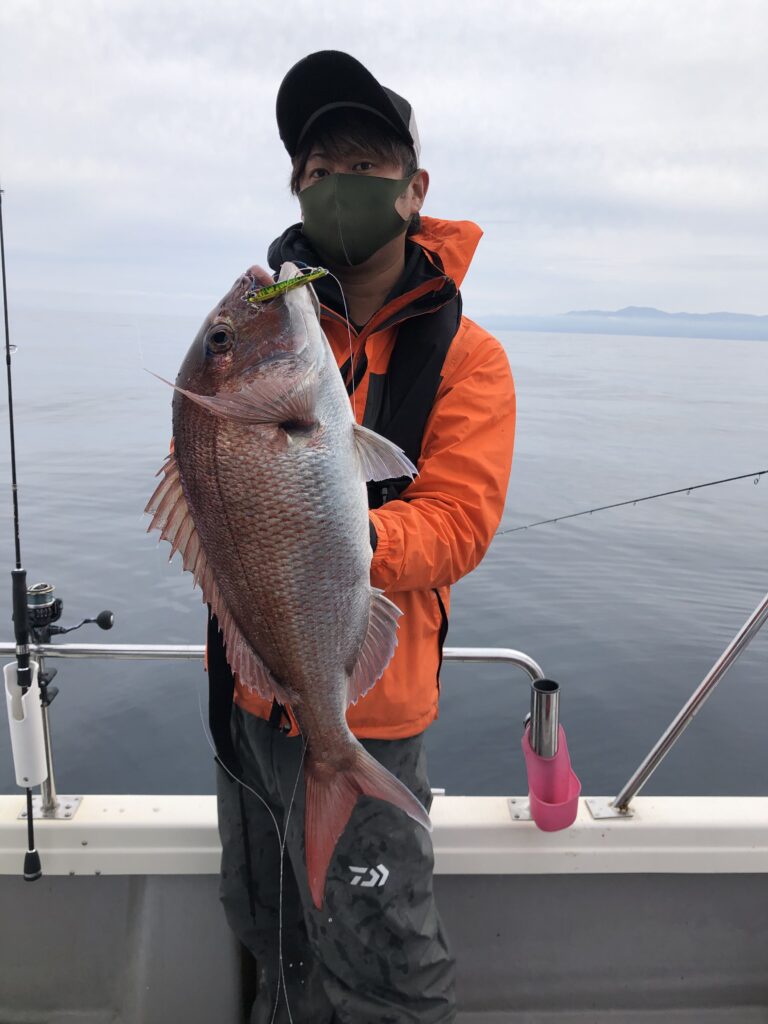 A bit later there is a chance for me as well 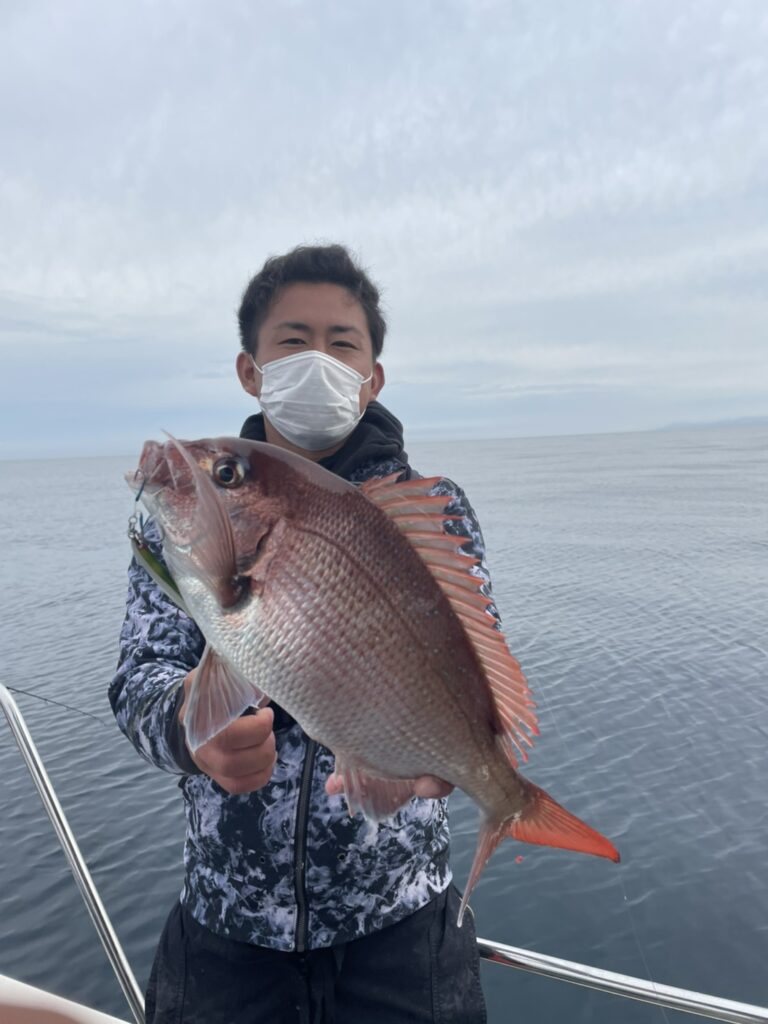 The line is clear and it feels really good to catch☺️

But like yesterday,  there is not continued and time is up😭

But I guess this is fishing😂

These kind of days, I need to catch even one fish more with skills.

But in such a day, TOUKICHIROU works really well out.

Yesterday’s pattern is almost reeling but today is more like falling than reeling tocatch.

In later of summer, there will be new product from BOZLES, so it will work out well even such difficult days！I will keep you upgraded.

Please looking forward to it until it released😊

Thanks to Blue wood2 ship😊 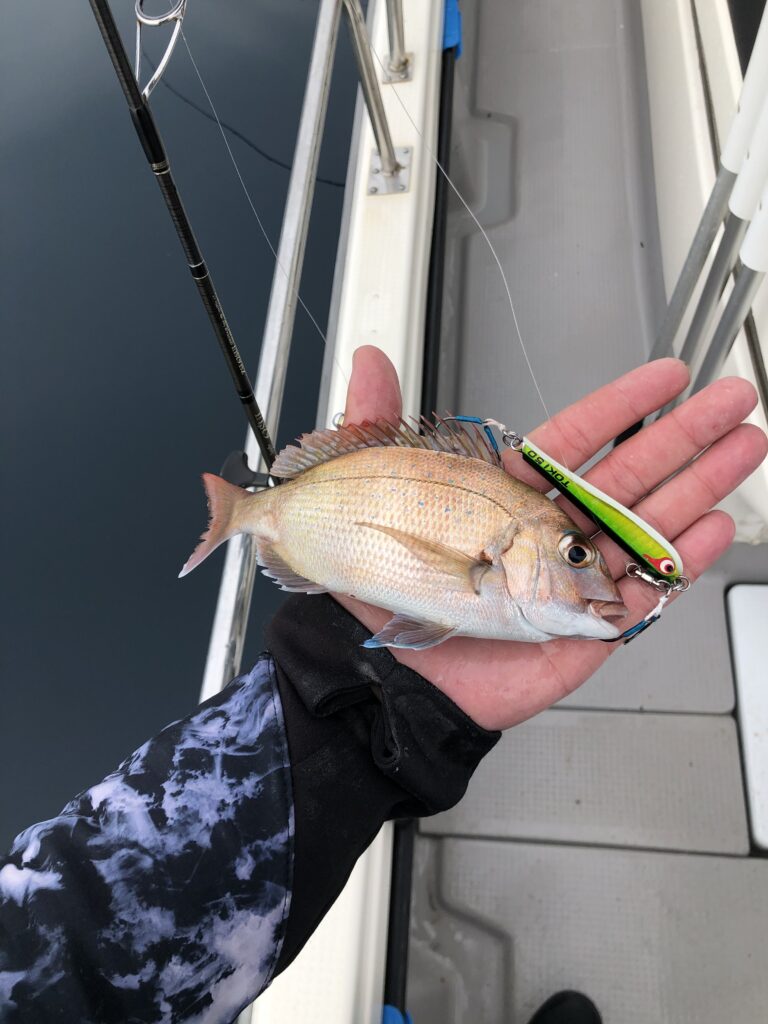 I catch such a little cutie fish too.