21th, October, in Mikuni which is part of Fukui, I participated in a fishing party by blues with perfection and Salt Anglers shop hiromi. 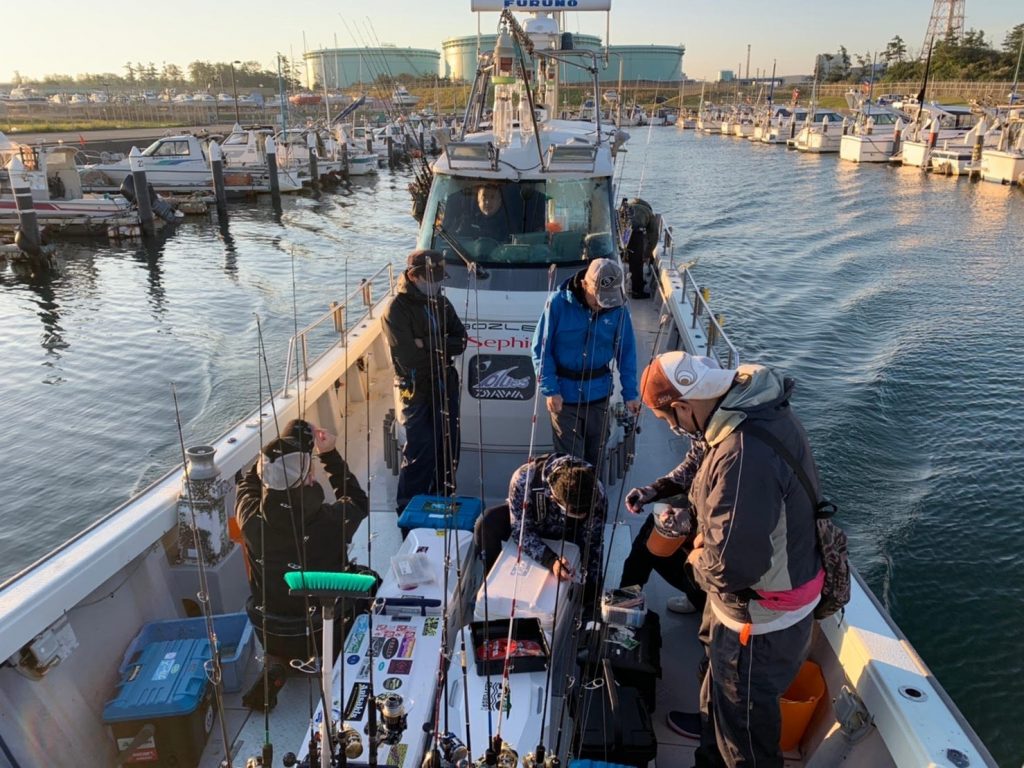 Until when we got the spot, I’ve found many rises and I thought that I could catch a lot😆

Starting with 70m of water depth, to wait and see by using HIDEYOSHI, then 2 throw and hit! 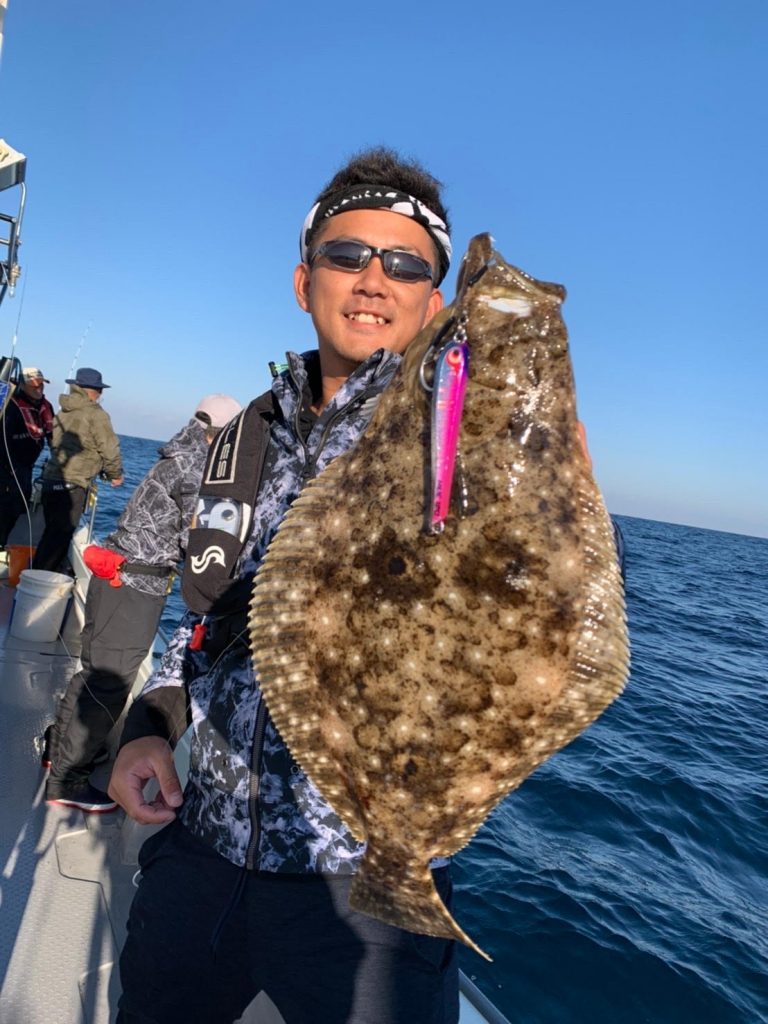 When it reached to the bottom, and just slow rolling, 3 rolles and it was caught.

After it, one of our crew caught it!! 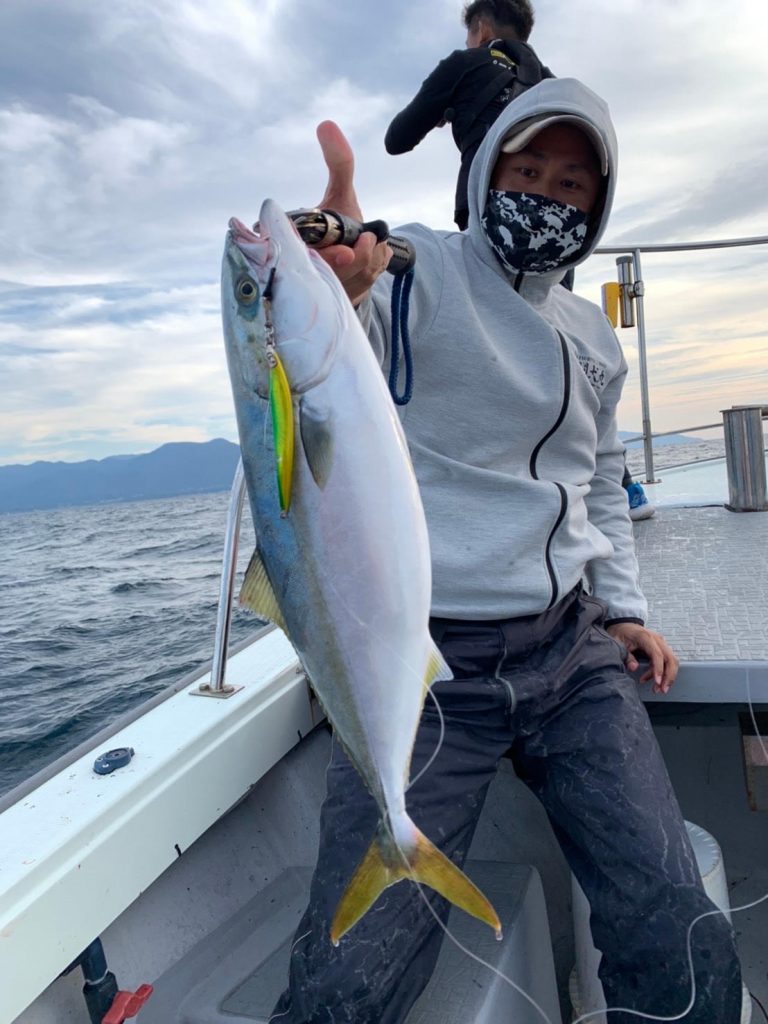 After that, singly yellowtail sized fishes were caught.

But the situation was quite silent and felt the time long,,,

According to fish finder, fishes were looked like chasing on jigging but not end up catching😯

Long patience time lasted but after the noon, the tide changed and everybody finally got the knack of fishing speedy😛 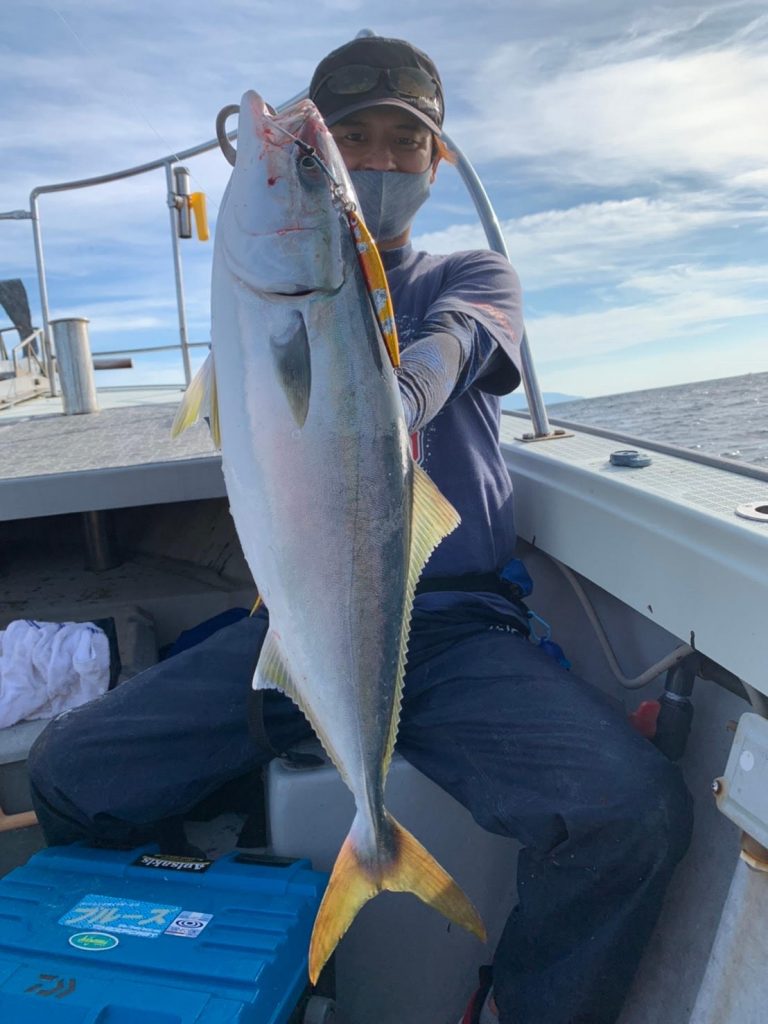 As an aside; hitting pattern was rolling quickly and stop! 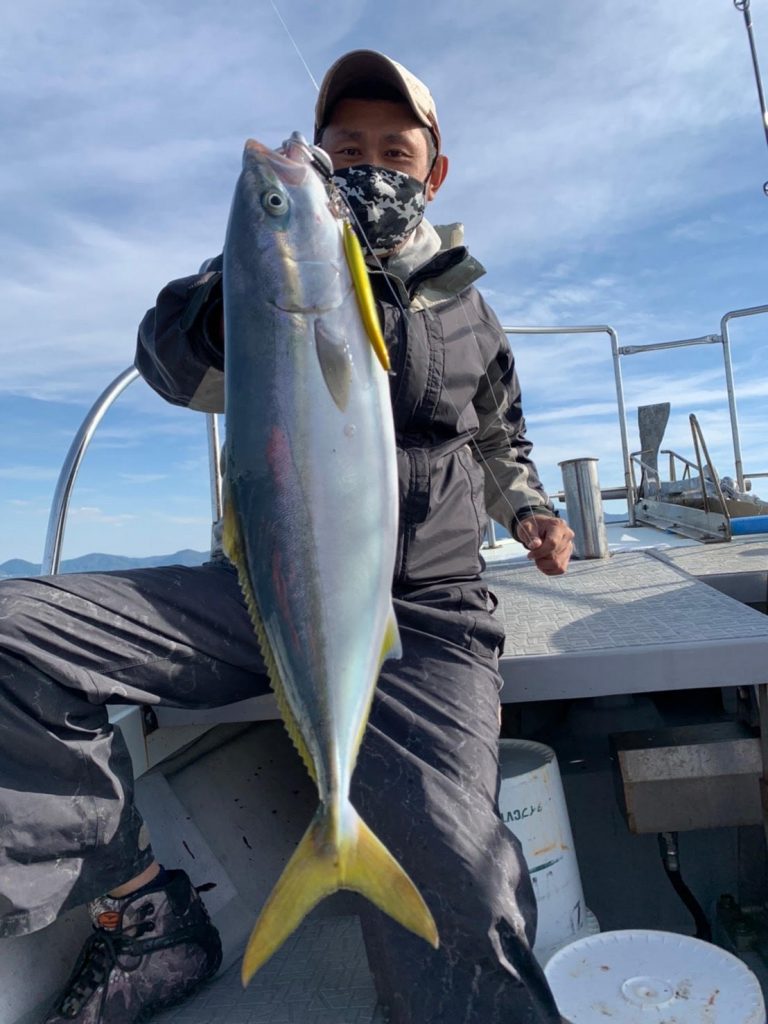 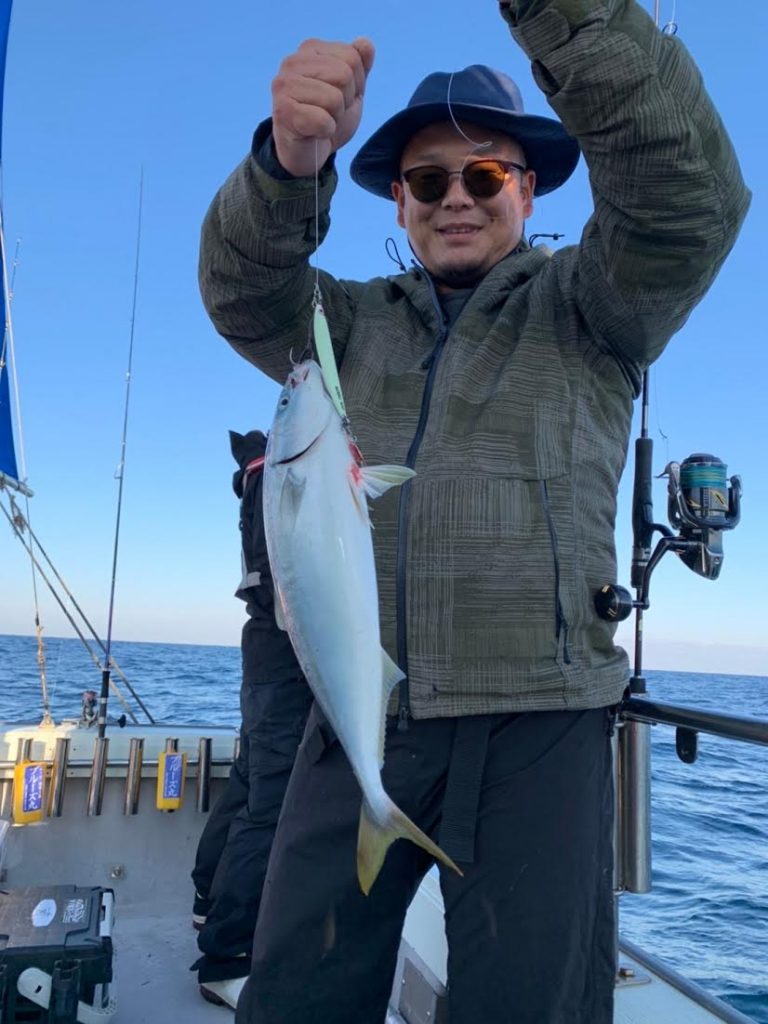 Almost all did the fast rolling and caught😆

Others are red cornetfish as known as really expensive fish, 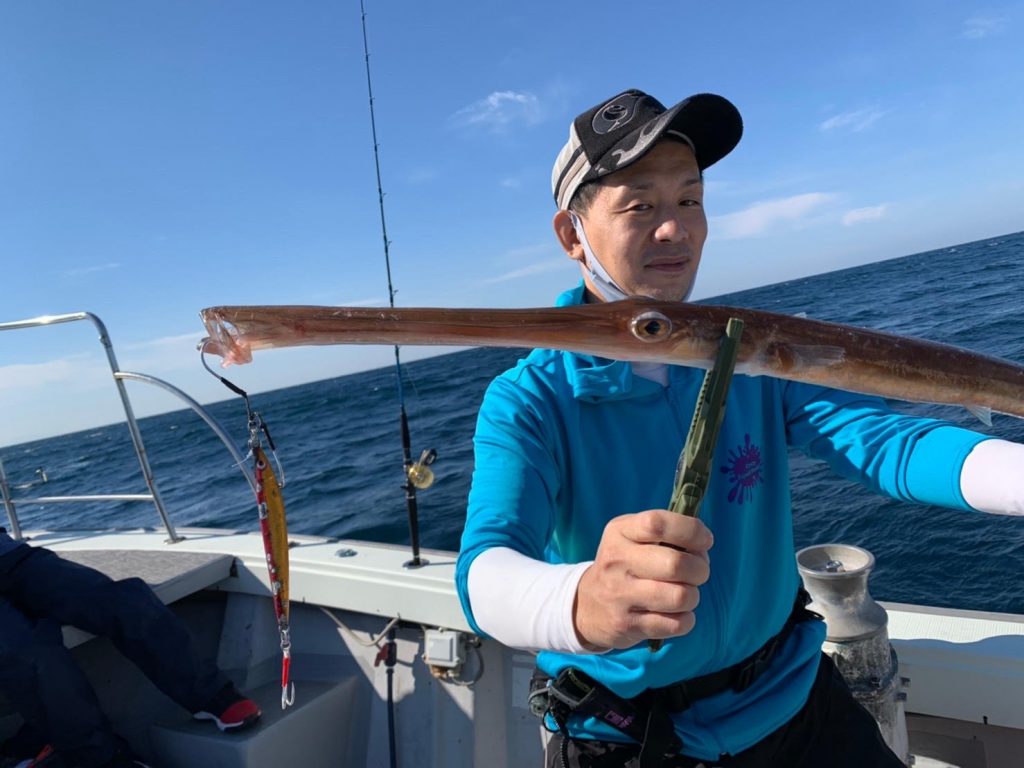 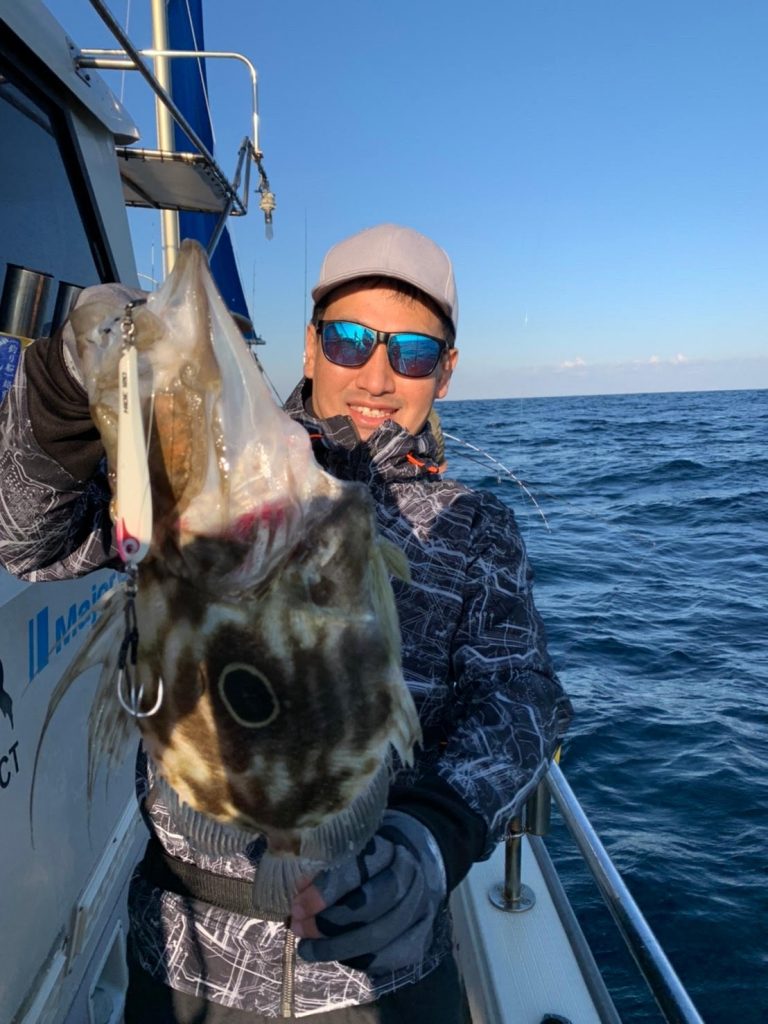 Hong Kong grouper was caugh too😆 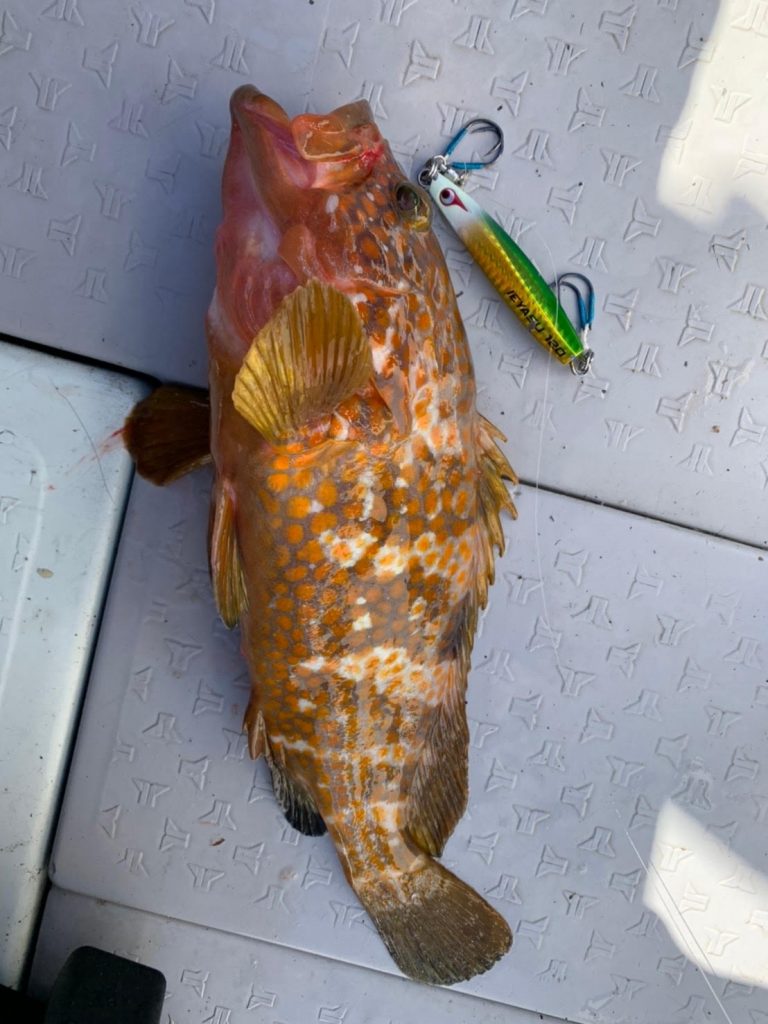 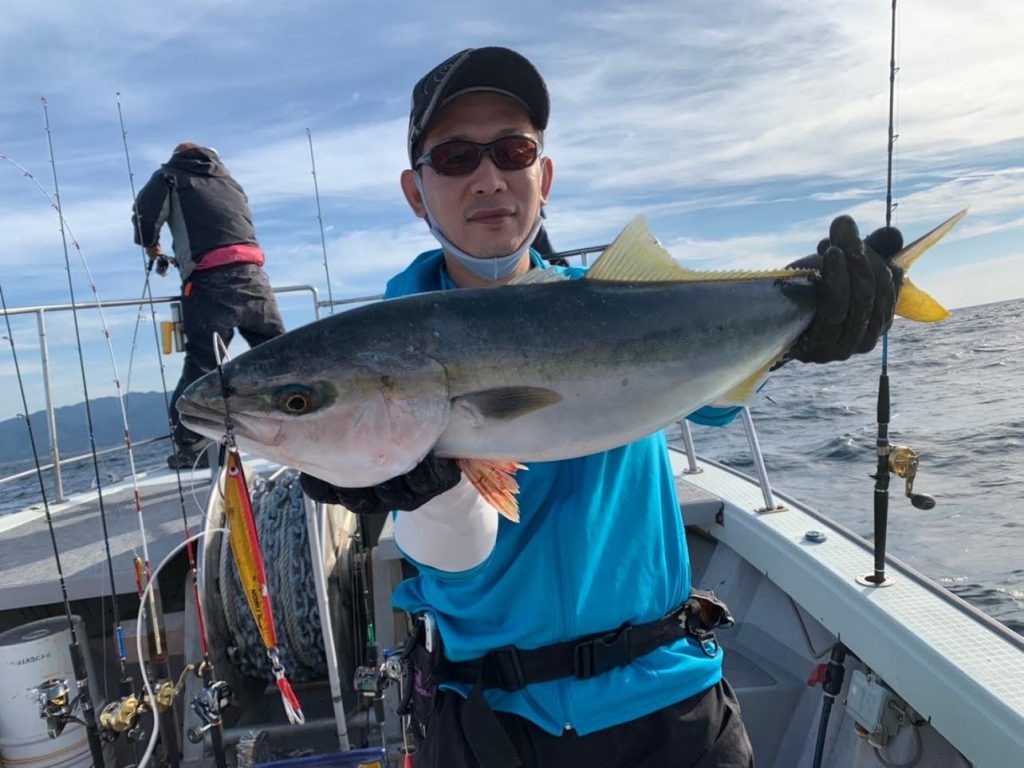 At the last, this guy caught a nise Spanish mackerel and it was excited😆 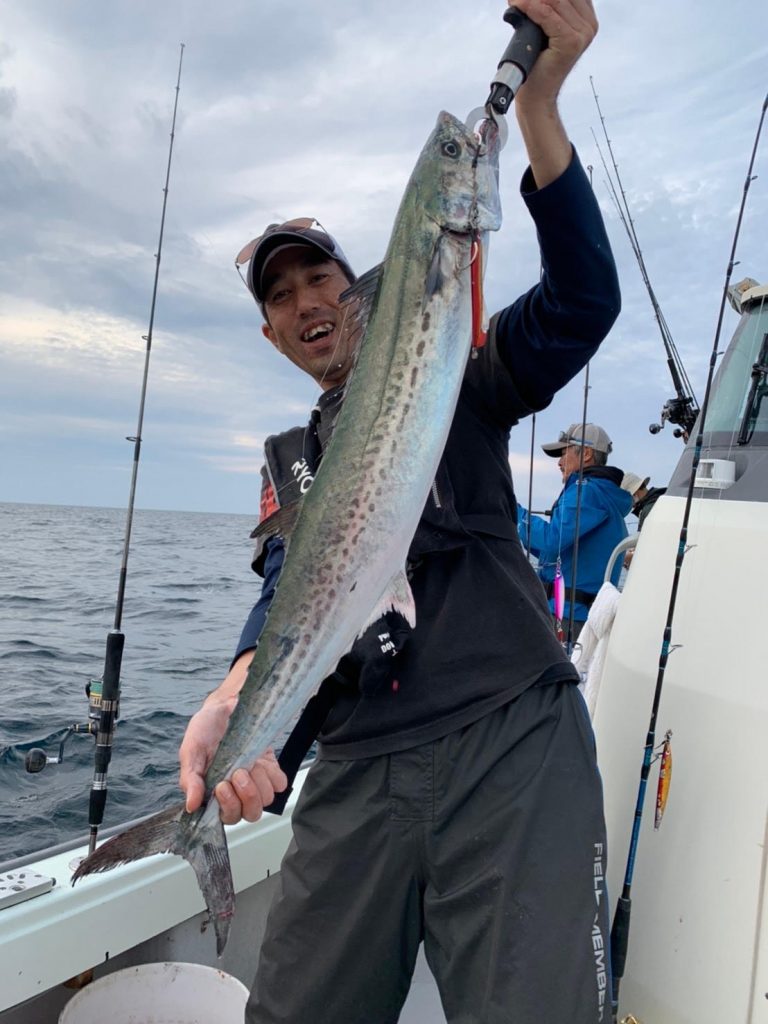 Today, not HIDEYOSHI nor IEYASU but NOBUNAGA overwhelmingly caught.

Also, by seeing people who caught a lot of fishes, not paying attention betweeen the bottom and middle but also surface layer of the sea is also important and I’ve got the impression that these people catch a lot😛

It’s one of the technic to make a point only between the water depth and middle, but when you’re about to catch, it is important to check on surface😆

Thanks to the captain, all of perfection clews😆